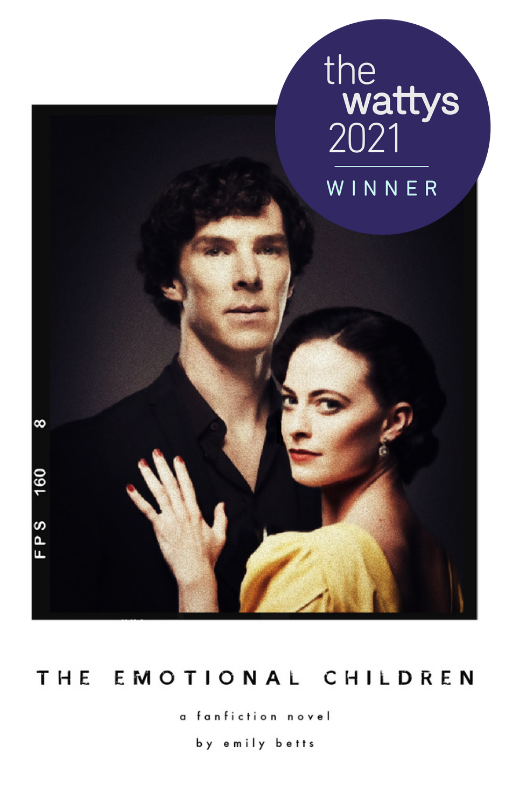 Exclusively on Wattpad, The Emotional Children is a Watty Award-winning fanfiction novel following the imagined events in the lives of Sherlock Holmes, John Watson, and Irene Adler in what could have happened after the season four finale of BBC Sherlock.

Sherlock Holmes rescues Irene Adler from the hands of terrorists, setting her free and securing a place for her in his heart. However, after the conclusion of A Scandal in Belgravia, the future of their relationship is shrouded in mystery. In the aftermath of The Final Problem, an old enemy returns, intent on sealing Sherlock’s fate. Will the detective and the woman have the courage to trust one another and risk vulnerability as they join forces in more ways than one?

“This is one of the best stories I’ve read on this website. This is stunning. You’ve built a wonderfully turbulent, passionate, and emotionally investing romance without taking shortcuts or writing smut.”

“Everything just slides so smoothly. You literally watch Sherlock develop into something new: a sentimental man. Now that is what I call good writing.”

“It’s beautiful and so vivid; I can feel the characters’ emotions. This is so suspenseful, I’m completely swept up.”

“Everyone is in character, there is a plot, and the romance feels genuine and characteristic of the pair. But [romance] isn’t the entire story. There is more going on around them which feels real.”

“Completely riveting. The way you portray Irene Adler [is] amazing.”

“Out of all the Adlock books I’ve read, THIS ONE is the very best.”